Just few days back, I saw a truck while returning from office. A quotation was written on the back of truck  “जलो मत बराबरी करो.”  It’s not that I read this quotation for first time but this time it made me think.

How can we define jealousy? As per my perception, jealousy is the feeling generated in our heart when we look success, happiness or prosperity in other’s life. This person may be our friend, enemy, neighbor, relative, known or unknown. Definitely jealousy generates in heart but I believe it is the state of mind that fills our heart with sadness. We always compare our self with other and when we find someone superior to us, negative thoughts generates in our heart.

Raju is always comparing himself with his friend Jafar. Meera compares herself with elder sister. It’s human nature that we usually relate or compare everything with some other thing. There is nothing wrong in comparison. Wrong thing present in the negative thoughts, generated in our heart due to comparison.

Sometime excess comparison leads to jealousy. During my school days, there was a friend of mine Rajeev. He was a good runner but he was always beaten by another classmate Bhupendra. One day Rajeev made a plan for the preparation to beat Bhupendra. He closely observed the working style, daily schedule, exercise and diet chart followed by Bhupendra. After observations, Rajeev also started working in the similar fashion Bhupendra did. He changed his exercise and practice timings in the evening so that he will get chance to practice with Bhupendra. He followed the diet chart of bhupendra. He almost worked like Bhupendra.

In next race, Bhupendra beated Rajeev by three seconds. This difference increased in successive two races. After two races, Rajeev’s section changed. Now he didn’t get chance to observe the schedule of Bhupendra. Their practice timing also changed. In next race, Rajeev beated Bhupendra. 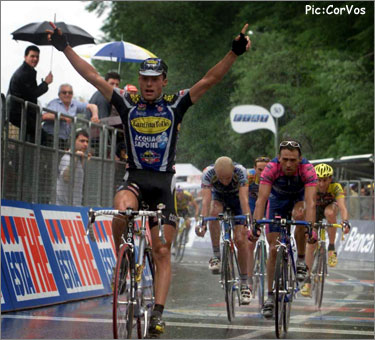 The real thing is that after departing, Rajeev concentrated completely on himself. His aim was quite different now; To complete the race in least time than beating Bhupendra. He started doing the things in his own natural way. He followed the work style in which he felt comfortable. He started practice in morning because he feels fresh, energetic and tension free at that time. This was the way he loved to do the things but he couldn’t do it because his mind was engaged with the analysis of comparison between him and Bhupendra.

This is the problem with us also; we always compare our self with others. Everyone among us has his own style of working; everyone have some kind of talent; and off course everyone has some limitations. We should do the things in our own style to shine our talent and minimize the limitations.

Next day, I again saw a truck on road with quotation ” जलो मगर दीपक की तरह “.  I smiled and whispered  “I don’t feel jealous; I have my own charm.”

One thought on “I don’t feel jealous; I have my own charm”